The culture of a workplace is defined as the conditions that collectively influence the work atmosphere in a workplace.

The culture of a workplace is defined as the conditions that collectively influence the work atmosphere in a workplace. These can include policies, norms, and unwritten standards for behavior. The word itself means the customs, arts, social institutions, and achievements of a particular nation, people, or other social group. It also means the attitudes and behavior characteristic of a particular social group, and the word comes from Old English meaning "to cultivate" or more simply "to grow".

Knowing what the word means helps to understand what the concept of "workplace culture" means. The term became a negative buzzword in the storm that surrounded the FOX news lawsuits that ultimately dethroned then CEO, Roger Ailes.

In the wake of that incident, many companies were forced to look inward at their own culture, specifically regarding whether or not they had overlooked or nurtured a culture of misogyny in their workplace.

But there are many ways that a less-than-ideal workplace culture can arise. Culture is in many ways as important as your business strategy because it either strengthens or undermines your business objectives.

On the other end of that spectrum, there are those companies that encourage a positive workplace culture. Case in point, Richard Branson is quoted as saying that “By taking care of employees at Virgin, everything else will take care of itself”. Not surprisingly, Virgin Group was voted as a top ten place to work in LinkedIn’s top company list.

A positive culture attracts talent, it encourages productivity, and as a result impacts the happiness and general morale of the professionals in the company. Job candidates will often evaluate your organization and its climate. A strong, positive, clearly defined, and well-communicated culture attracts talent that not only fits well in the company but contributes to its goals and overall effectiveness.

It's no surprise then that organizations with stronger cultures outperform their competitors financially and are generally more successful.

Culture influences almost every corner of a company, from the top down and back up. If leadership communicates effectively with the professionals in a company, lets them know their vision for the company, what is expected, what they celebrate and recognize as good and effective productivity, how decisions are made, and on and on, the professionals in the ranks will be far more likely to deliver what’s needed and wanted by the executives.

And after all, isn’t that one of the most basic and fundamental things that professionals are trying to achieve at work — knowing what is needed and wanted by their employer and delivering or producing it?

Culture will affect the management of a workplace — its systems, procedures, structure, hierarchy, controls, and goals. The degree to which managers empower employees to make decisions, support and interact with them, and act consistently. It will influence the general philosophy of a company and to a large degree it will impact the types of people who are hired.

Example: A creative agency in Venice Beach, California is more likely to have a “casual Friday” approach to every day at work and attract creative hip Millennials. You’d probably be surprised to find a professional working in that office who wears a suit and tie every day, while a financial services company in New York isn’t likely to have too many creative types walking the halls in casual attire.

Therefore, you can see that it’s not just the abstract ideas that drive a company that add up to its culture. These ideas and concepts are the starting point, but they manifest in many ways. Objects, artifacts, and other physical signs in the workplace will reflect a culture as well. These include what people place on their desks, what the organization hangs on its walls, how it allocates space and offices, what those offices look like (decor, furniture, etc.), and how common areas are used.

And on the subject of decor and design, you may be surprised to know that interior and graphic designers choose their objects and colors with very specific theory in mind. For example — a more conservative-minded company dealing with finance will find that designers may offer them logo options with darker shades of navy or blue and interior designers may offer up ideas with a lot of maroon in the color palette.

That’s because color choices reflect emotional reactions, and those two colors mentioned above are likely to elicit a response of “stability, trustworthiness” etc. So, you see how the culture of a company can trickle down all the way into its choice of drapes in the office.

Now, let’s differentiate Culture from Community. Obviously the two are connected, but most decidedly different. Culture is a more general description of the company philosophy and how that translates into working conditions. Community, on the other hand, is a group of people having a particular characteristic in common, like being work colleagues. Community is a feeling of fellowship with others, because of sharing common attitudes, interests, and goals.

It becomes obvious that a workplace with an unclear culture, will have a lackluster community of professionals working there. That’s not to say that the employees aren’t good at what they do — but it will definitely influence the camaraderie and fellowship factor in the workplace.

Some companies engage in team-building exercises or leadership getaways and all kinds of things aimed at improving the community in their offices. And to be sure, some of those activities are effective. But there’s no more sure-fire way to build a community of professionals than to create a positive culture that goes hand-in-hand with its community.

The two things are connected intimately and influence one another. Think of it this way — if a professional in a company is having trouble with a co-worker, but isn’t sure who to talk to about it, or what the “unspoken rules” are in the office about this kind of thing, or can’t quite wrap his/her head around the culture of the company, how do you expect that professional to feel about the community aspect in the office? Probably won’t get a glowing review, right?

On the other hand, if a company has a clearly defined culture, and the community is strong and welcoming and diverse and inclusive, then any professional in the ranks will very quickly know how to deal with an undesirable situation and who to communicate with about the issue.

An amazing workplace is one that has a clearly defined, positive culture that encourages a strong sense of community among the professionals who work there. 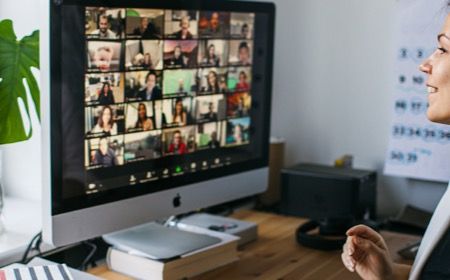 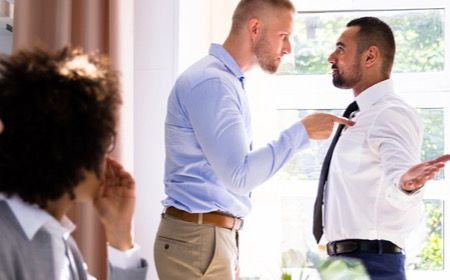