How to Deal with Bullying at Work

Bullying in the workplace is a tough issue to prevent and handle as a manager.

Bullying is usually seen as something that happens on the school yard or in our youth, but in actual fact, it's something that many employees deal with on a day to day basis as adults in the workplace. Acts or verbal comments that could psychologically or 'mentally' hurt or isolate or belittle a person in the workplace happen more often than we'd like, and sometimes, bullying can involve negative physical contact as well. Bullying usually involves repeated incidents or a pattern of behavior that is intended to intimidate, offend, degrade or humiliate a co-worker, and this assertion of power through aggression can become a real problem in workplace culture if not dealt with effectively. Knowing how to deal with bullying at work is paramount to establishing a pleasant work environment for all.

When we inspect the numbers, things become quite concerning. According to one study, almost six in 10 people have witnessed or suffered bullying in the workplace. Another study shows that 61 percent of Americans are aware of abusive conduct that takes place in the workplace. 60 million Americans are affected by workplace bullying and it usually comes from a position of power -- bosses comprise 61 percent of bullies.

In terms of gender we find that more men (70 percent) are identified as bullies and women are the most frequent targets of bullies (60 percent). Female bullies most often target other women (80 percent).

Too many of us have witnessed physical violence between workmates; shouting, shoving, intimidation and threatening behavior, and workplace harassment. This is something that affects almost every workplace in the world.

Why do people bully at work in the first place?

Knowing the source and reasoning behind poor treatment of fellow professionals is a good place to start for Human Resources when investigating bullying in the workplace so that they can take action and improve the mental health of your company's staff and company culture as a whole.

As with most acts of aggression, the basis can be found in a place of fear. In this context, the bully starts to fear that they are failing at their job, for example. There is no actual evidence to back up this concern, but their trepidation clouds their judgement and the bully begins by targeting and belittling a successful and popular colleague in a misguided attempt to take the attention off their own deficiencies.

A cousin to the previously discussed reason, attacking those who are different is also rooted in fear, but has a different expression of bad behavior. Targeting those who are different than the majority of the group, whether by way of sexual orientation, looks, ethnic background, or just in the way they approach work as a whole is a common form of bullying. The bully may target an understated but effective colleague in order to punish them for the appearance of being ‘weak’, and to bolster their own flagging self-esteem through a false sense of ‘power’.

When others succeed, the bully perceives themselves as having failed. This is a twisted and reverse-logic view of the idea that "a rising tide lifts all boats" where the bully will view it as "any boat rising above me is a threat". Rather than work hard to improve the skills which would make their own success inevitable, and improve the lives of all in the team, the bully’s jealousy results in them acting out with bullying behavior towards more successful colleagues in an attempt to undermine their performance and prevent them from further success and rewards.

The bully's concern is that their role may be under threat from a talented colleague, even though that colleague is neither competitive nor holds any ill will towards them. Rather than confront their own irrational fears, and apply themselves more diligently to their work, the bully decides to target this colleague to eliminate the perceived opposition.

When they are envious of the work of a colleague, seeing them move higher up in the food chain of a company, rather than learn the skills which will enable them to produce similarly excellent work, the bully targets their colleague, causing doubt in their own competence and, eventually, under-performance. The way is now open for the bully to ‘rescue’ the target’s work and take over their role.

Dealing with workplace bullies and conflict resolution can be a trying and challenging task for HR departments. Establishing company policy that encourages formal complaints regarding such behavior is extremely important for the health and safety of all employees, especially those being targeted.

Mistreatment of one's staff should be very high on the list of unacceptable things if you have any hope of avoiding a hostile work environment. Employee turnover is a major problem facing any manager, and where a bully enters the workplace, you have a fox among the hens and those numbers become very problematic, especially if the bully is in a position of power or influence over other workers in the company.

Next let’s take a look at how to handle a bully at work.

Here’s how to deal with bullying at work

If you find that there is a bullying situation in the workplace, or if you find yourself the target of bullying, it is essential that you know how to stop bullying at work. A victim of bullying, especially in a new job, often won't speak up or report abusive conduct and bullying behavior. But it is important to take care of yourself early on, or the bottom line is that you may end up faced with a very uncomfortable position of having to pursue legal action down the road. And who wants that?

Here are some steps that can be taken to deal with bullying at work.

Depending on the situation and behavior that you're facing, you can decide on and set boundaries with the offending individual so that you can operate in a safe and clearly demarcated boundary. This can be a physical boundary, or a boundary of mental or verbal nature, such as "I don't like it when you make comments about my appearance in front of our co-workers. Please don't do that."

Confrontation is never easy, but in this case it is very necessary. Calling out a bully on poor behavior by putting them on the spot will turn the tables and allow you to take back some of the power dynamic at play. This is something that we learn as kids, that when someone is being targeted by a bully in school, the one who survives best is the one who stands up to them, often with clever word plays and a little humor that shows the bully for who they are.

As a workplace example, let's say the bully is interrupting or demeaning your ideas in a meeting. Instead of cowering and introverting about it, call them out. "What would you recommend instead? Obviously you don't like the ideas that I'm presenting, so instead of tearing mine down, let's be constructive here. Let's hear your brilliant ideas."

This will usually put the bully on the spot in front of your colleagues and turn the attention on them.

Any email correspondence or physical evidence of bullying behavior should be recorded and kept for when you're ready to report them with a formal complaint to the Human Resources department. Keep it short, sweet and stick to the facts.

When the target of bullying, it's an isolating feeling where one is tempted to go down the rabbit hole of "why me?" But there is consolation in knowing that you shouldn't take it personally. It's less about you than it is about them. You're not the only one in their lives that they view as a threat. Often times they will perceive everyone as a threat to their survival and their success, and the only means of getting ahead is by tearing others down around them. Take a moment to look at the people in their lives and the people surrounding them in their professional life. Are they winning and thriving? Or are they also being subjected to negative behavior that devalues them as human beings?

Once you've collected enough evidence to make a case and a formal complaint, take it to your HR representative and file the complaint. It's common practice in most Human Resources offices to allow for confidentiality in these cases, so if you feel more comfortable having your name kept out of the discussion with the offending member of staff, then ask for that. Or if you'd prefer to have the person called in and confront them directly with an HR rep in the room, that's also you choice, but most HR departments have standard practice and policy on dealing with such matters. Remember to keep your report short and to the point, using only facts and sticking to the evidence you've collected. Try to stay away from "he-said/she-said" arguments and areas of conjecture and opinion.

Key takeaways on how to deal with workplace bullying

Many people in the workforce deal with bullying on a daily basis. Such behavior is unacceptable and should be dealt with swiftly and effectively so that your workplace can continue to thrive without being torn down internally. There are ways of spotting and dealing with bullying in the workplace. If you find yourself faced with a potentially messy situation, seek legal advice, but hopefully the above points can help to keep a calm, harmonious and amazing workplace. 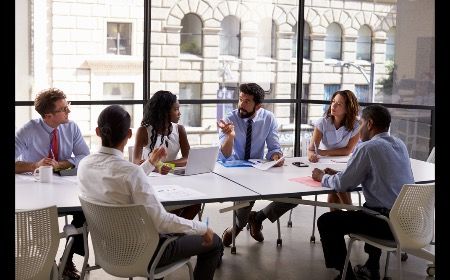 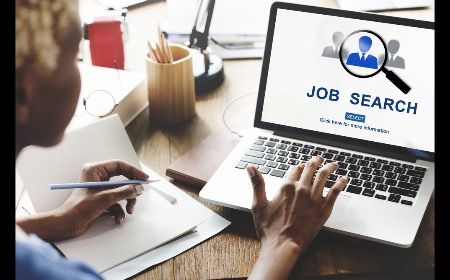 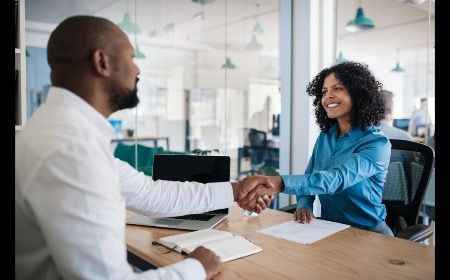